As you're no doubt aware, the Space Shuttle Discovery has touched down for the last time.

To think that construction of this spacecraft started while I was in primary school, first flew while I was in high school and has been in active service for all of my adult life is remarkable. 39 times this vehicle has gone through the demands of launch and re-entry.

Astronomer Phil Plait summed this up nicely on his Bad Astronomy Blog:

Today, Wednesday, March 9 at 11:57 a.m. Eastern time, Discovery — the Orbiter that launched Hubble in to orbit, then serviced it twice; that deployed Ulysses; that was the last Orbiter to dock with Mir; that twice was the first Orbiter in space after another was lost; that served more flight days than any other Orbiter, 365 in total, a solid year; a spaceship built by humans that’s logged 238,000,000 kilometers (148 million miles) in space, the most used spacecraft ever built by humans — set her wheels to Earth one final time.

I’d say "Welcome home", but the ground is not a spaceship’s home.

So with that in mind, rather than a final landing I've opted for a ready to go photo: 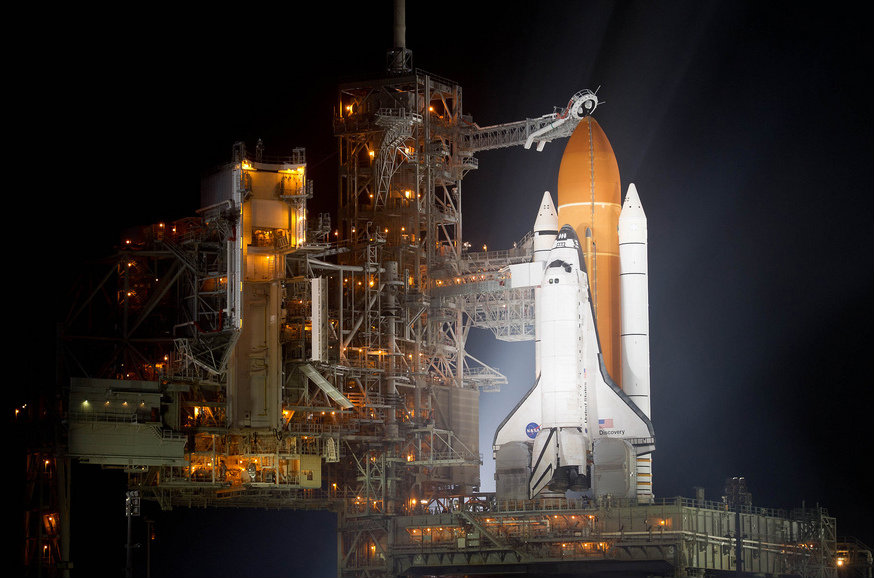